skip to main | skip to sidebar

The principle of life is simple.

"EVERY HUMAN BEING MUST CONTRIBUTE MORE TO HUMANITY AND THE SOCIETY THAN WHAT HE/SHE RECEIVES FROM IT."

As someone said, "Ask not what the society has given u, ask what u have given to the society"

Contributions to humanity/society can be in very different ways, by ploughing land, by spreading love, by advancing science, by making pots, by building nuclear reactors, by painting, by dancing and so forth. Every role played by every section of the society is important for the whole of it.

What is important in life is this. To be a good human being and a good citizen of your country and society.

To be a good human, one should ensure that he/she does not intentionally harm any person/living being either physically or emotionally except in self-defence.

And to be a good citizen, one should uphold two central principles, "Sincerity and Commitment" in one's efforts to enhance the "Quality of life" in and around himself/herself.

Last but not the least, once these principles are imbibed in one, he/she should not be afraid of living by it, defending it and also spreading it.

These simple principles stated above when absorbed into oneself and lived out brings forth peace and happiness..

Hi Amru, Nice to see you in blogsphere. I have following comments:

1. Please try to publish your blogs from Internet Explorer browser. I think you are using Firefox and I am facing some problem in the format in IE.

2. Please follow same fone throughout the blog. If you want to highlight something plese use bold/italics.

3. It would be great if you can take some references from some philosophical books/quotes.

Overall its a very good blog and keep writing :) 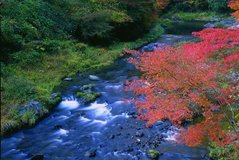 Amrudesh
Bangalore, Karnataka, India
What u read is what I am..... (Someone said. If you want to know someone truly, do not talk to them, read what they write)

To be or not to be

Is the question in front of us.

To live to the outrage of fortune,

Or to forget and sleep.

Since no man has yet returned from that land,

It makes us take the ill we have,

Rather than go to a place we not know of!

Truth is only for the one who finds it.

Intuition, insight & revelation are the only means of gaining knowledge. Reason can only substantiate it later.

A fact is a widely accepted conclusion drawn from a set of observations. It is the materialist's version of the philosopher's truth.

All are ignorant to some extent else they wouldn’t be here.

Diamonds are the best examples of illusions. They were probably corpses before and would be dirt later. How can they be so invaluable now?

Being 'good' or 'bad' is not in one's being. It is a habit, which can be changed anytime.

Lessons are taught the hard way or else you wouldn’t learn it.

One will learn only when he wills. But inspiration can to be external. The potential fuel he keeps closed. An external spark may not ignite it but one provided when he opens the tank releases the potential.

One has to have either or both of the two forces to propel him to the top, love & hatred.

Emotions never come piecewise. Good and bad ones, all come in a bundle. You have to either take both of them or leave both.

You never need to be indebted to a person who has done you a favour. He doesn't expect it else it wouldn’t be one.

Giving and being given gives more happiness than anything else.

Give if you can but do not feel sorry that you did not because "you did not", not that "you could not".

Ego clash is only to show that one's limit is higher than the other's, not realising that both are essentially limited.

Fight is always only between the limited, when demand exceeds supply.

Nothing is impossible, given the need and priority.

If one depends on others for his happiness, he is bound to be unhappy.

Submitting to the whims and expectations of the society amounts to nothing but slavery.

Man chooses sufferings for himself in direct proportion to his ignorance.

Harmony can prevail only if lives in different stages of evolution remain in partial isolation.

Thoughts unless worded cannot be used.

One cannot but think in a language though one can feel without it.